Due to the ongoing global situation with COVID-19, the Manchester & District Branch of the Classical Association has moved all of its lectures online on the platform Zoom.

All events are open live to members, and recorded for our YouTube channel.

You can become a member here, also via Pay-Pal: https://bit.ly/30ppJrJ. You can also ‘tip’ us at: https://ko-fi.com/manchesterca. There will be further events for members throughout the year, including a student-led and careers workshops and short talks.

Also look out for children’s competitions with Athena’s Owls!

All events take place from 6-7pm (London Time) over Zoom.

Abstract: In this lecture we will talk about our collaboration with English Heritage and the Great North Museum, Newcastle upon Tyne to create an online exhibition to communicate our research on the Shefton Collection of Greek Art and Archaeology and the inspiration of the Classical world on the development of the Belsay Estate in Northumberland.

Abstract: Remember the morning you walked away, while she yelled down the street? Remember the time he held you so hard you thought your bones would snap? Remember the plate, the cup, the glass – falling, cracking, fracturing? Remember that night? The phone ringing? Remember?
Alcestis: In Bits is about breaking up and breaking down. The losses that leave your life shattered, and the painstaking work of picking up the pieces. Queens and gods, broken crockery and late-night phone calls collide in this live storytelling fusion of ancient myth and modern experience.
Inspired by Phrynichus’ lost tragedy, Alcestis: In Bits playfully, poignantly combines surviving fragments of an ancient tale with story-shards of contemporary heartbreak and endurance.
Stephe Harrop is a professional storyteller, spitting out new words and re-spinning old tales to try and make sense of a crazy world. “A deep thinker with a light-touch and a wealth of material at her fingertips” – Alys Torrance, Story Jam.

This live discussion with Stephe Harrop will focus on there performance specially recorded for the Manchester Classical Association, which will be made available a week or so in advance for your viewing.

Abstract: Columella Book 12 contains numerous farmhouse recipes; I am particularly interested—and hope you will be too—by the cheese dips, which correspond with a recipe in a poem, the Moretum, which has come down to us alongside the work of Virgil. In this talk accompanied by cooking I attempt to navigate the politics of the advice these authors give and contrast their approaches. Cooking the books was never so much fun.

Abstract: Late 19th– and early 20th-century Hispanophone Caribbean poetry breaks new ground in its preference for ancient Greece over imperial Rome, and Homer over Vergil. This talk will outline how Hellenophilia’s salience in the ideological configuration of Latin American modernity organizes itself around the figure of Homer. Throughout this period, multiple Caribbean writers took inspiration and direction from the revolutionary pan-Americanism of the Cuban José Martí (1853–1895) and the pedagogical vision of the Puerto Rican Eugenio María de Hostos (1839–1903). I propose to trace pan-Americanism’s recourse to ancient Greece partly through a reading of the Dominican Federico Henríquez y Carvajal’s (1848-1952) Americana poems, in which “the old bard” (el viejo bardo) Homer stands metonymically for “the old verse, the heroic verse” (el viejo verso, el verso heroico) of the hemispheric struggle for independence.

Abstract: The Neo-Assyrian Empire dominated ancient Mesopotamia (modern day Iraq) and its surroundings from c.1000-610 BCE. Its kings credited their royal authority to the gods, who granted legitimacy as well as enabled their successes in war and diplomacy. In return, the kings were meant to use their power and wealth to repay and venerate the gods, particularly as patrons of the many temples that filled their empire. But did this system really work as advertised? In this talk, we will take a look at daily life in this ancient society from the perspective of priests in smaller and peripheral temples. I will share some of the common frustrations, logistical hurdles, and creative problem solving involved in keeping alive a temple that sits at the bottom of the royal to-do list. 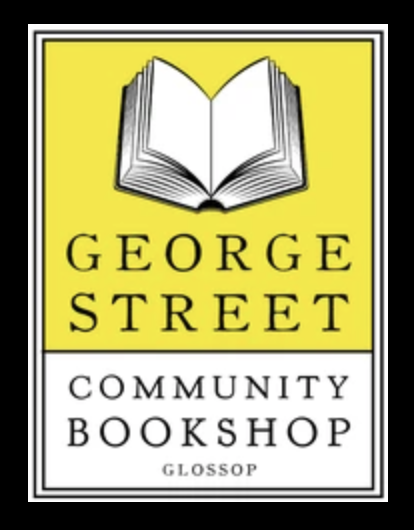 Abstract Peter is a former Leverhulme Early Career Research Fellow working on a project exploring the manifestation of forgery, and debates concerning authenticity, in antiquarian material culture in Georgian and early Victorian Britain. He is currently preparing a monograph on this subject, and he has recently been working upon an early Victorian forger, George Shaw from Uppermill on the outskirts of Manchester, and the relationship his forgeries have to the recently re-discovered Henry VII bed.
This talk, ‘Making and Faking Classical Antiquities’ examines the role that forgery, reproduction, falsified ‘improvements’, and restorations had to the grand tourist’s experience in eighteenth-century Italy, and the materials collected and brought back to Britain. It begins by establishing the long tradition for all’antica reproductions of Classical sculpture before the eighteenth century, and then tracing the various underhand methods employed by dealers, ‘restorers’, and ‘improvers’ and artists to prepare falsified materials for grand tourists. Figurative sculpture as well as more ornamental domestic works, such as Piranesi’s now famous ‘Newdigate torchères’ at the Ashmolean, Oxford, are considered in this talk.

In recent years, the ‘discovery’ of new papyri with exceptional texts on them has attracted a lot of public attention to the small world of papyrology and papyrologists. This paper will consider some of these ‘discoveries’ – in particular that of the ca. 5,000 Green/Museum of the Bible papyri just repatriated to Egypt – and will show that far from being isolated, these episodes are embedded in the longer colonial history of the discipline and other text-oriented subjects.

This presentation will examine Heliodorus’ Aithiopika (4th century CE), a novel written in ancient Greek that follows the trials and tribulations of an Aithiopian princess whose white skin poses a conceptual problem for her black parents. Beyond situating this novel in its particular context, this presentation will integrate critical race theory into its lexicon while also drawing connections between present and past notions of skin color.

Dr Amy Coker(Cheltenham Ladies’ College / University of Bristol)
Prostitutes, Youths and Potty-Mouthed Clowns: Who Swore in Ancient Greek and Why it Matters

We look forward to ‘seeing’ you at our events!

If you have any questions about our public events, please email the branch Secretary, Jenny Bryan, at jenny.bryan@manchester.ac.uk, or any other committee member of the branch.